Absolutely thrilled to be going back into the studio to make 26 brand new tracks for my live gigs.  This year I’ll be stepping into sonic recording studios with the fantastic Scott Flanigan, his bass player Rohan and the very talented Rick Swann on Trumpet.  This year I will be arranging old songs my way!  Songs like; The Good Life, S’Wonderful, The Best Is Yet To Come, A Foggy Day, Girl From Ipanema, It Happened In Monterey & many more …. Some of the songs featured will be accompanied only by Scott on Piano, then the rest with be a mix of the other two instruments.  This gives me a brand new bag of music to perform with all over the country. 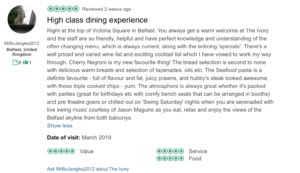 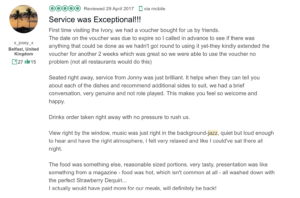 Fantastic reviews pouring in from the “Saturday Swings” shows @theivory Belfast, located at the top of Victoria Square.  Here you’ll find amazing city views, with some of the best food and drinks in town, and of course, yours truly performing beautiful soft Jazz.  The music is a varied mix of standards ranging from Cole Porter classics to Duke Ellingtons swinging numbers.  Songs that were brought to light by the likes of Nat King Cole, Sinatra, Tony Bennett, Ella Fitzgerald and Buddy Greco to name but a few … Come check out some live Jazz in Belfast … 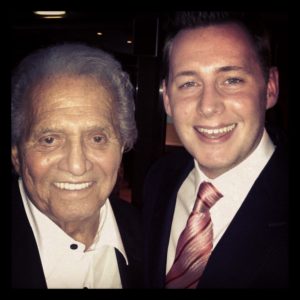